By Jenni Tarma for Thrive Global.

The Secret Sauce of Optimal Performance

Most people know that good recovery is a precursor to high level performance, whether it’s hitting a new PR at the gym or shaving a few seconds off your 10k time. What actually constitutes good recovery, though, can be a little vague and difficult to pinpoint. Professional athletes have entire teams of trainers, strength coaches and specialized physical therapists, tracking every aspect of their wellbeing to make sure they’re properly recovered and maximizing their performance. But for us regular folks without access to these kinds of resources, “feeling recovered” very much remains a mostly subjective assessment of the body’s post-training state.

While good recovery can be challenging to pinpoint, the feeling of being under-recovered is unmistakable. As anyone who’s ever attempted to exercise in this state will tell you, it’s no fun at all. You’re simply not firing on all cylinders and every little movement feels labored, or perhaps excessive muscular soreness makes it impossible to exert any real power, much less get a good workout.

At other times, the signs of suboptimal recovery might be more subtle, but no less debilitating: the body feels sluggish, the mind is unfocused, and movements are uncoordinated or sloppy. Your mental game might feel off, too: it’s difficult to motivate, the usual anticipatory pre-workout excitement fails to materialize, or it’s impossible to get into any kind of a groove, let alone achieve your usual exercise high. In other words, it feels like both mind and body are putting the brakes on, and workouts are a pointless, unenjoyable grind. Confusingly, it’s possible to feel this way even though you’re getting a solid 8-hrs of sleep every night, your nutrition is on point, and your yoga-stretched and foam-rolled muscles aren’t even sore. What gives? The underlying cause could well be inadequate nervous system recovery.

To understand this concept fully, let’s back up a little. We generally tend to think of our muscles as generating force, and subsequently movement, in our bodies and joints. That’s just one piece of the puzzle, though: our muscles are merely slaves to the nervous system, which controls every aspect of muscle function. Think of the nervous system as the puppet master, issuing commands to instruct muscles on how to engage, when, and in which order. From a neurological standpoint, even the simplest movements are incredibly complex, carefully orchestrated maneuvers that require vast amounts of fine-tuned control and laser-sharp timing. As anyone in the early phases of learning a new movement skill will tell you, there are significant cognitive challenges associated with coordinating a clean and jerk, a crow pose, or a handstand pushup. Knowing this, it also makes sense that a fatigued or poorly recovered nervous system simply won’t do as good a job coordinating the nuts and bolts of complex movements, resulting in suboptimal performance.

Nervous system function affects every part of the body and every aspect of how we feel and move. Therefore, nervous system fatigue also has wide-ranging potential to wreak havoc with our ability to perform at a high level. Unlike garden variety muscular soreness, which is a localized effect (your quads and glutes will be sore after heavy squatting, whereas your shoulders most likely will not), a tired nervous system is a full-body, global mess of poor coordination, slow reflexes, and sloppy movement. Given its all-encompassing nature, it’s also not surprising that poor nervous system recovery can present as a broad variety of symptoms, including dysregulated sleep patterns, an inability to concentrate, and generally feeling unfocused or “off”. Ironically, an over-stressed nervous system can also present as an inability to wind down at the end of the day: the system is so habituated to existing in a state of constant arousal that it “forgets” how to transition into resting mode, allowing the body to heal and repair in preparation for the next day’s challenges. In fact, common complaints associated with nervous system exhaustion include being overly wired at night and difficulty falling asleep, a self-perpetuating pattern which subsequently feeds into the following day’s lethargy.

If any of this sounds a little too familiar, here’s the good news: while resetting a wiped-out nervous system can take some patience, it’s generally a very pleasant and relaxing task! At its core, it’s about making a concerted effort to minimize contributing stressors to allow the nervous system some chill downtime, which includes temporarily taking the physical rigors of athletic training down a notch. It can (and should) mean addressing other life stressors, too: super long hours at the office, too many extracurricular commitments, or a hectic social life can all deprive your nervous system of the opportunity to truly decompress.

Since many ambitious Type A’s struggle with taking actual downtime (anyone else fill up their “rest day” with a variety of errands and chores?), it can be helpful to take a proactive stance and a more structured approach with your designated recovery time. Find a meditation app you like, and make it a point to include a few minutes of guided mindfulness every day, maybe before bedtime to improve sleep quality. Schedule a yoga class; not the power flow you’d usually gravitate towards, instead, pick a restorative or gentle class. Give yourself regular breaks from needing to achieve or accomplish anything, or even being productive in any way. If this feels counterintuitive, schedule unstructured downtime into your calendar, and treat it like an obligation, same as anything else.

Finally, it’s worth noting that while we’ve been discussing athletic training specifically, much of this applies to our professional lives, too. Consider how it feels to struggle through a presentation while groggy after a night of bad sleep, or even at the tail end of a particularly stressful work week. While you might be able to pull it off, summoning the necessary mental clarity and focus certainly feels much more labor-intensive when you’re already drained and running on fumes. Nervous system exhaustion is an all too common issue in our modern world, which requires us to juggle a million moving parts and be on the ball in countless ways, day in and day out. Ironically, it’s the same drive to constantly perform at maximum capacity that, in the absence of quality downtime, ultimately robs us of the ability to excel at all. It’s worth considering that allowing ourselves proper recovery, on every level, is not only beneficial but even necessary for the kind of optimal, long-term function we all want in our lives. 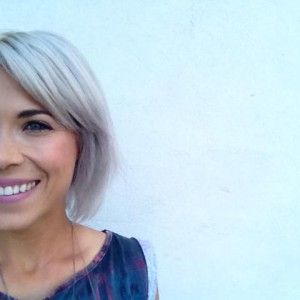 Aside from her ongoing studies with Yoga Medicine, Jenni is a graduate of Sage Rountree’s Teaching Yoga to Athletes program, an RRCA-certified endurance coach, a lifelong runner, CrossFit athlete, and an enthusiastic if not particularly skilled surfer. An avid student of anatomy and movement, she loves to write and is a regular contributor to Yoga Journal on the topics of anatomy and yoga for athletes, and has also completed a 500hr certification in biomechanics with Jules Mitchell. She recently wrote and release an e-book on hamstring injuries under her Stronger With Yoga brand. She lives in Durham, North Carolina, where she teaches public classes, works with private students, and is the studio manager at Durham Yoga Co, Carrboro Yoga Co, and Hillsborough Yoga Co.
Website    My Profile   Instagram